Online book sales
The online sale will be open to Academy members on Friday, October 8 at 10 a.m. and to the general public on Saturday, October 9 at 10 a.m., and will continue until Sunday, October 31 at midnight. Over 400 carefully selected volumes in like-new condition, as well as CDs, DVDs, LPs and ephemera will fill the virtual shelves. Purchases must be picked up by appointment at Spencertown Academy; there will be no shipment. Although prizes start at $ 5, valuable treasures will also be offered, including a first edition, second print of Mark Twain’s “Sketches New and Old” from 1875 ($ 1,000); “Portraits, Figures and Landscapes” by John Singer Sargent ($ 750); a limited and numbered edition of Françoise Gilot’s “Trois carnets de voyage” ($ 495); a 1904 first edition “Italian Villas and Their Gardens” by Edith Wharton with illustrations by Maxfield Parrish ($ 250); and Winston Churchill’s “The Great War”, three-volume red cloth with gold embossed letters on the spine ($ 150).

Thursday October 7 at 7 p.m.
The Festival starts with the authors Rishi reddi and Dexter Palmer discussing their works of historical fiction. Reddi’s first novel, “Passage West,” tells the story of a Punjabi family, their Mexican in-laws, and their Japanese neighbors at the start of World War I in California. “Mary Toft of Palmer; or, The Rabbit Queen “fictionalizes the unlikely but true event of a woman giving birth to 17 rabbits in 18th century England, baffling surgeons and puzzling King George I. The authors will be associated with a conversation with Daphne Kalotay, whose latest novel is “Blue Hours”.

Saturday October 9 at 3 p.m.
Cooking professional and author Rick rodgers will perform a cooking demonstration while being interviewed by Madaline Sparks. On the menu, Almas Pite, or Hungarian apple pie, a classic pastry presented in his book “Kaffeehaus: Exquisite Desserts from Classic Cafés”. Their conversation will range from baking tips to the celebrities and celebrity chefs he’s worked with, to the challenges of publishing cookbooks. As an author, publisher or ghost writer, Rodgers has published over 75 books, several of which have made the New York Times bestseller list or won the James Beard and IACP Cookbook Awards. 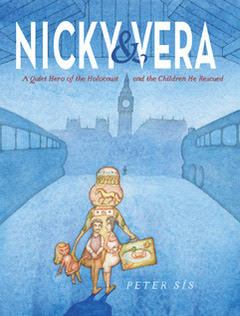 Sunday October 10 at 4 p.m.
Internationally renowned author and illustrator of children’s books Pierre Sister will discuss his latest book, “Nicky and Vera: A Silent Holocaust Hero and the Children He Saved”. This true story of the Holocaust was written for children, but carries a message of decency, action and courage for all ages. Sis has won the NY Times Book Review’s Best Illustrated Book of the Year award seven times, the ALA Caldecott Honor award three times, the Hans Christian Andersen Medal for Illustration, and a MacArthur Fellowship.

Tuesday October 12 at 7 p.m.
Pulitzer Prize-winning author and playwright Ayad Akhtar will discuss his bestselling book, “Homeland Elegies”. Blending fact and fiction, “Homeland Elegies” is the story of a Pakistani immigrant and his US-born son in post-Trump America. The NY Times selected it as one of the 10 best books of 2020 and Barack Obama named it one of his favorite books of the year. Akhtar is currently adapting the work in a series for FX with Kumail Nanjiani. 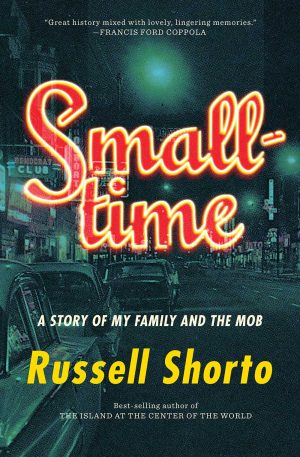 Thursday October 14 at 7 p.m.
Historian and author Russell shorto will discuss his latest book, “Smalltime: A Story of My Family and the Mob,” in which he reveals how his grandfather and great-uncle led the crowd in his hometown of Pennsylvania. He is a contributing writer for the NY Times Magazine and the author of six books, including the national bestseller “The Island in the Center of the World”.

Children’s program: Saturday, October 16 at 10 a.m.
Author Nancy Castaldo will be giving a presentation on his book, “Sniffer Dogs: How Dogs (and Their Noses) Save the World”. Castaldo has written award-winning books on earth for over 20 years, including “The Story of Seeds,” which won the Green Earth Book Award, the Junior Library Guild Selection and other honors. This program is suitable for children aged 10 and over.

Children’s program: Sunday, October 17 at 10 a.m.
Local storyteller and librarian Anne Gainer read aloud and discuss with the children of Peter Sis “Nicky and Vera: A Silent Holocaust Hero and the Children He Saved”. This program is suitable for children eight years of age and older. 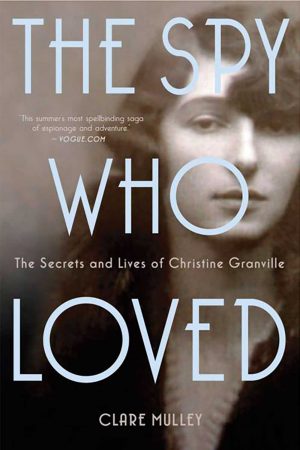 Sunday October 17 at 4 p.m.
Sonia Purnell and Claire Mulley, two historians whose books focus on remarkable women and their roles in WWII, will discuss their work. Purnell’s “A Woman of No Importance” tells the story of an American heiress, injured in an accident, who broke barriers of disability and gender to spy for the British and lead a central unit of the French resistance. It was a NY Times bestseller and won the Plutarch Prize for Biography. Mulley’s “The Spy Who Loved” chronicles the adventures of a countess of Polish descent, part Jewish, called “Churchill’s favorite spy” who served behind enemy lines in Nazi-occupied France.

Tuesday October 19 at 7 p.m.
Eisner Prize-winning writer and artist Michael kupperman will speak with a journalist Virgil Texas about his graphic briefs, “All Answers”. He tells the story of his famous father, a child prodigy from the TV show “Quiz Kids”. It presents a fascinating account of the history of mid-century radio and television, the pro-Jewish propaganda entertainment used to counter anti-Semitism, and the beginnings of modern celebrity culture. NPR, Vulture, Publishers Weekly, Library Journal, and the New York Public Library all named it best book of 2018. Kupperman has published comics for DC, Marvel and others, five of his own books and animated for SNL, Adult Swimming and Comedy Central. 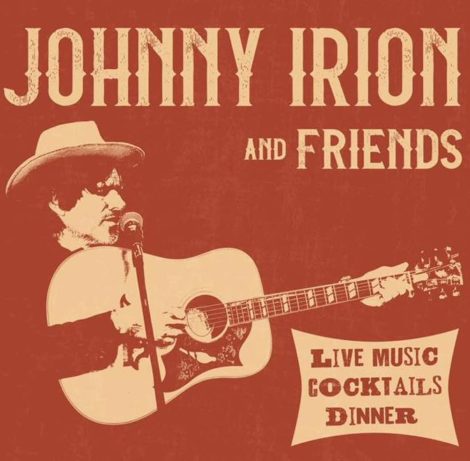 LENOX – The Apple tree inn expanded its popular music schedule to include performances five days a week starting October 6. Johnny irion and Friends and feature Irion and a group of local musicians in two live music ensembles starting at 7:30 PM. Touring Storytellers and Writers will be featured on Thursday evening with local songwriter Simon McTeigue leading an evening musical inspired by an open microphone, comedy and storytelling from 8 p.m. Both shows take place in The Ostrich Room and have no cover charge.

On Saturday, Irion will return to the stage for Johnny Irion and the special guests, where he will be joined each week by a group of artists from across the country. This show is in the Ostrich Room and has no cover charge.

Blues and Brunch, with Misty blue and Chantell Rodriguez, rounds off the week with music to accompany the new brunch menu at the inn’s Bellflower restaurant. Brunch is from 12 p.m. to 3 p.m. and music starts at 1 p.m.

The Lenox student art exhibition, “BELONGING: Seeing Yourself and Seeing Others,” now on display

LENOX – The first annual Lenox student art exhibition is now on display in the Welles Gallery at Lenox Library until October 25. The show was created by the Lenox Chamber of Commerce and The Spirit Gallery as a way for students attending a school in the Lenox Cultural District to participate in ArtWeek Berkshires, September 16-26.

Submissions were requested from Lenox students in grades 6 to 12. Students were invited to artistically represent “what it means to be seen, heard and appreciated”, and over 100 submissions were received. The senior nominations were submitted to a jury and Chloe Inhelder received recognition for her artistic achievements for her play “Man’s World”. The jury consisted of Deirdre McKenna, Head of Creative Services at the Lenox Chamber; Lynda Strauch, owner of The Wit Gallery; Sharron Frazier-McClain, Community Engagement and EDI Coordinator at Barrington Stage Company; and local judge Jeff Minkler.

Inhelder will receive a $ 250 scholarship, with the two honorable mentions (Camryn O’Dell and Sabrina Lewis) each receiving a $ 100 scholarship. Participants at all other levels will receive $ 100 to donate to a local DCI community organization of their choice. The prizes are made possible by sponsorship from Lee Bank at the gold level and Adams Community Bank at the silver level. Additional funds were provided by the Lenox Cultural District to cover the expenses of the show. The Lenox Library generously donated the use of its gallery space. 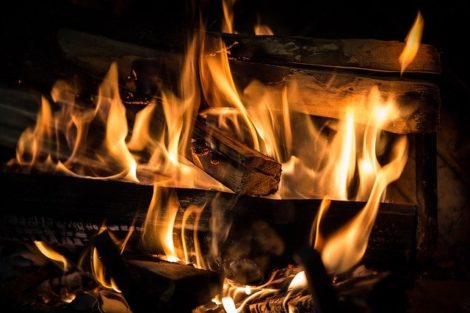 MONTEREY – At Saturday October 9 at 7 p.m. and Sunday October 10 at 4 p.m., the Bidwell House Museum will present the new program Scary stories around the fire. Visitors will sit around the fire with Robert Oakes, author of “Ghosts of the Berkshires,” and listen to readings on local colonial-era history and ghost lore. After the presentation, he will lead a candlelight ghost walk through the house. This program is most suitable for ages 12 and up. Cider and donuts will be available after the outdoor portion of the program. Members $ 15, non-members $ 20.

Robert oakes is a writer, teacher and singer-songwriter of the Berkshires. Since 2010 he has led ghost tours at the Mount in Lenox and has represented the museum and its ghosts on Syfy’s “Ghost Hunters”, Jeff Bélanger’s “New England Legends” series on PBS and The Apple Seed on BYUradio. He currently runs ghost tours of Mount and Ventfort Hall and was the former custodian of the Bidwell House Museum.