Trending
To exploreA trio of music festivals in Atlanta in April

Malone spoke with the AJC by phone on the way to a show in Knoxville, Tennessee.

A: You know, I’m not even sure, but it’s really not about quantity. I like to think it’s a matter of quality. I feel like I grew up in the public eye as I learned to write songs, sing, and play guitar. On a few of them, I think I just had beginner’s luck. Then I started looking around and trying different things.

Q: Has the pandemic and ensuing downtime resulted in a lot of new songs?

A: It led to some because there was a lot of time to investigate inside. A lot of that thinking was about my family, where I’m from and where they’re from. But I’m not as prolific as it seems. I’m a bit of a lazy writer so I tend to start writing when I know I’m about to make another record.

Q: Did Canyonland have a big influence on the overall sound of the album?

A: A lot of what we do at Canyonland is the music I heard in the 70s. It’s the songs my mom sang with her band. This is my safe space and my comfort zone. I wanted to start this kind of band for probably ten years. So yeah, I think part of it was influenced by the music I grew up with. The other part was that Doug and I had spent a good two weeks driving along the California coast, really soaking it all up.

Q: The state of California, both as a point of reference and perhaps as a metaphor, appears in some lyrics.

A: There is no way around it. It’s an album from California to Georgia. It is bi-coastal. As much as I think it’s a Southern record in writing, the chord structure and overall vibe feels very West Coast. Sounds like a slightly dark and curious record to me. Even though it feels good, there are still a lot of questions underneath. You can tell the person is exploring and trying to figure things out.

Q: Two songs in particular are highlights: “Not Who I Used To Be” and “Know My Name”.

A: I like both and the effect they have on an audience – they get it immediately. You can see them start to sing and this is the first time they hear them. They just make me feel good when I sing them.

Q: Besides Elliot Bronson, you have a few other friends with you: Kevn Kenny and Amy Ray.

I love working with my people and there’s a great group of musicians in Atlanta. Kevn is just my brother from another mother. Amy and Emily [Saliers] gave me my departure. I learned the tricks of the trade by observing them. I hate to think of where I would be if I hadn’t met them. They are just good people. I think there’s something special about Georgian music, we like to keep it real because that’s the kind of music we like. 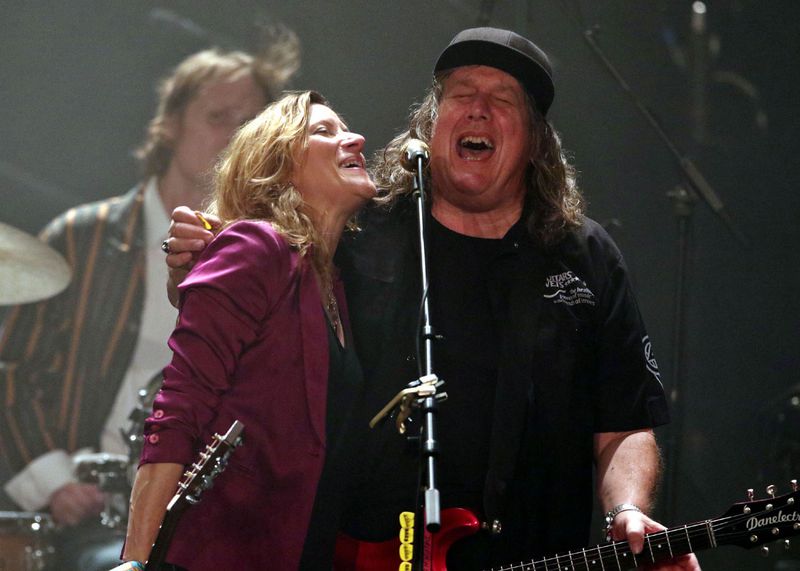 Q: The weekend of the album release, you’ll be busy playing two very different gigs. Amplify at Decatur and the Inman Park Festival.

It’s ironic that on my street album release date, I’m playing with Canyonland, which is a cover band. But I think it’s perfect at the same time. I’m going to do some songs from the new album because they fit the genre. Then Sunday at Inman Park, it’s the Michelle Malone Band. I guess it will technically be our album celebration. It will be a good weekend.

To exploreSpring festivals in Atlanta

Q: Obviously you’ve played a ton of festivals over the years. Is there a different mood at a festival compared to a club show or listening room? Much of the new material is admittedly a bit more introspective.

A: It’s a completely different animal. In a club, of course they came to see you. At festivals, you have to be a bit stronger and faster to catch people, because sometimes they just pass by and don’t pay attention. They talk and drink beer or buy art at a booth, push strollers or carry their dog. So you have to come out swinging. But I swear, the new “1977” songs seem to work in all situations with all groups of people. I can’t explain it but I noticed it’s true. So I’ll make new songs, but it’ll be a little more hit-full. It will be full of bashing.