An accessory diary of The Godfather/Eric Green

The Academy Museum recently launched a fantastic new exhibition that celebrates The Godfather just in time for his 50th birthday.

The exhibition was lovingly curated by the Museum’s Assistant Curator, Sophie Serranowith the support of the curatorial assistant Esme Douglas and in collaboration with Paramount Pictures and American Zoetrope.

Released in 1972, The Godfather broke box office records en route to becoming the highest-grossing film of all time, at the time, and winning Best Picture the following year. The classic gangster flick also made instant stars of its cast (Al Pacino, James Caan, Robert Duvaland Diane Keaton), and not only did it propel the director Francis Ford Coppola as one of the faces of New Hollywood, but he also revived Marlon Brandoand put Paramount back on top of the Hollywood mountain. 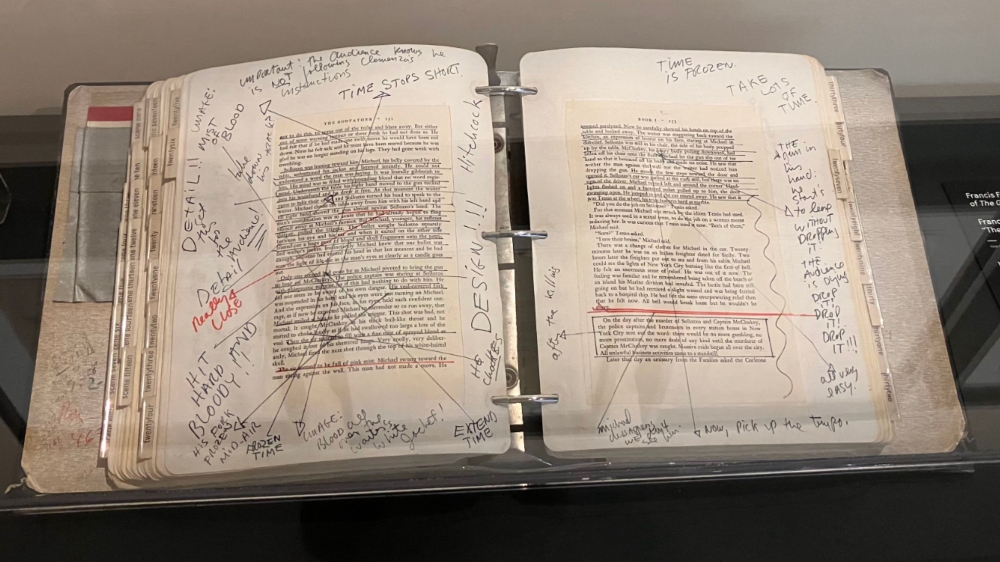 The film’s path to success has been chronicled many times in countless books, documentaries and articles, but it’s another experience to see its artistry on display and see what went into making this masterpiece. work – especially after close inspection of Coppola’s copy of Mario Puzo‘s bestselling novel, which features the filmmaker’s notes scribbled on every page.

Craftsmanship has been integral to the success of The Godfatherr, which was one of those rare occasions when they pulled it all off, creating an electric sense of authenticity. Cast pages adorn the walls of the exhibit, and behind every choice Coppola made was an epic battle. Meanwhile, gangster movies were an endangered species until The Godfather went into production, as they were often seen as B-movies that wouldn’t do well at the box office, but in the years since its release, the genre has seen a major revival – something that goes right back to The Godfather. 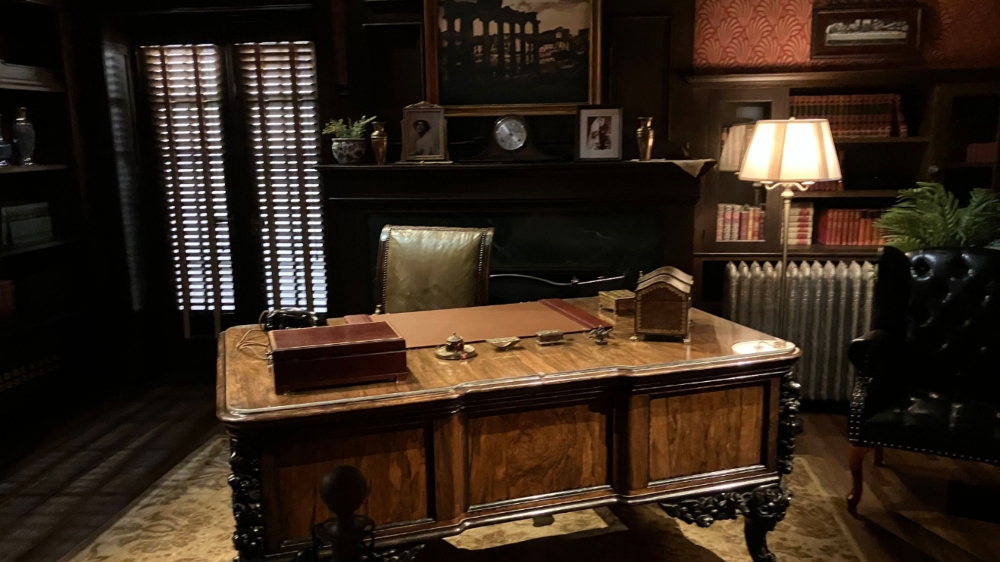 The Academy exhibit also features costumes from the film, which have a beautiful period look that is a wonder to behold up close. The centerpiece of the exhibit alone is worth the price of admission – Don Corleone’s office, created by the film’s brilliant production designer Dean Tavoularis. You can almost hear Bonasera say, “I believe in America.” This is a meticulously recreated set, with the original desk that all Godfather fan would recognize. The same can surely be said of the severed horse’s head from Woltz’s bedroom which is arranged on its white satin sheets.

Also on display are the camera and lenses that the legendary cinematographer Gordon Willis used to create the dimly lit magic that earned him the nickname “Prince of Darkness”. Finally, we find the score of the very memorable “Valse du parrain”, composed by the magnificent Nino Rota. 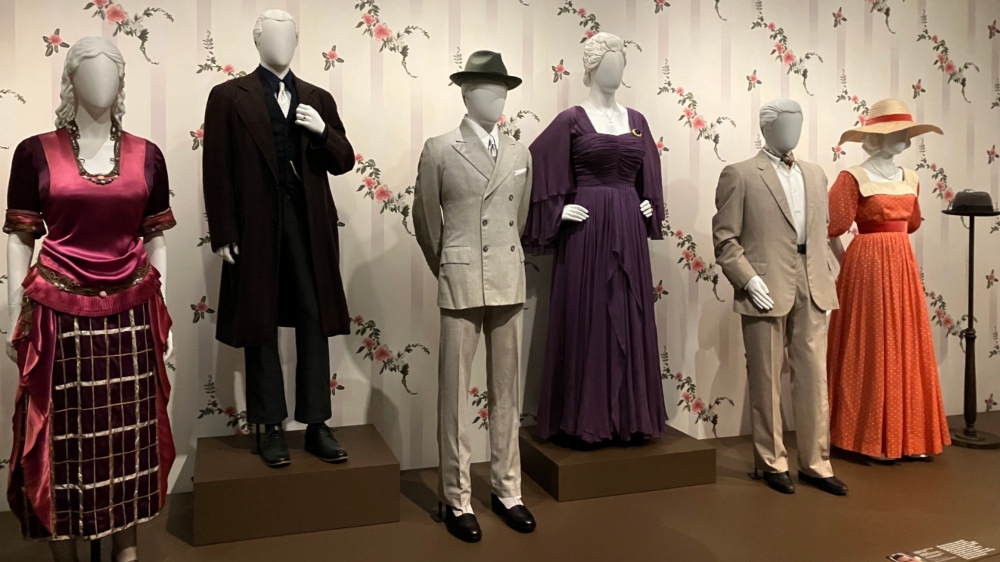 The Godfather was released at a time of major transition in the film industry, released five years after the pivotal year of 1967 that launched the era commonly referred to as New Hollywood, which had transformed the industry with acclaimed popular films such as Bonnie and Clyde, midnight cowboyand Easy Rider, to name but a few of the best and most indelible classics of the time. Many film historians and cinephiles remember this era with a fondness for the brief period when art and commerce were in tandem.

In 2022, with Hollywood at a crossroads, The Godfather is all the more important to study and remember as it is a film that has stood the test of time. The powerful images illuminating themes of family, loyalty, and the pursuit of the American dream have endured for decades, and we can only hope the future of cinema will bring more movies like The Godfather which will be fondly remembered for 50 years. 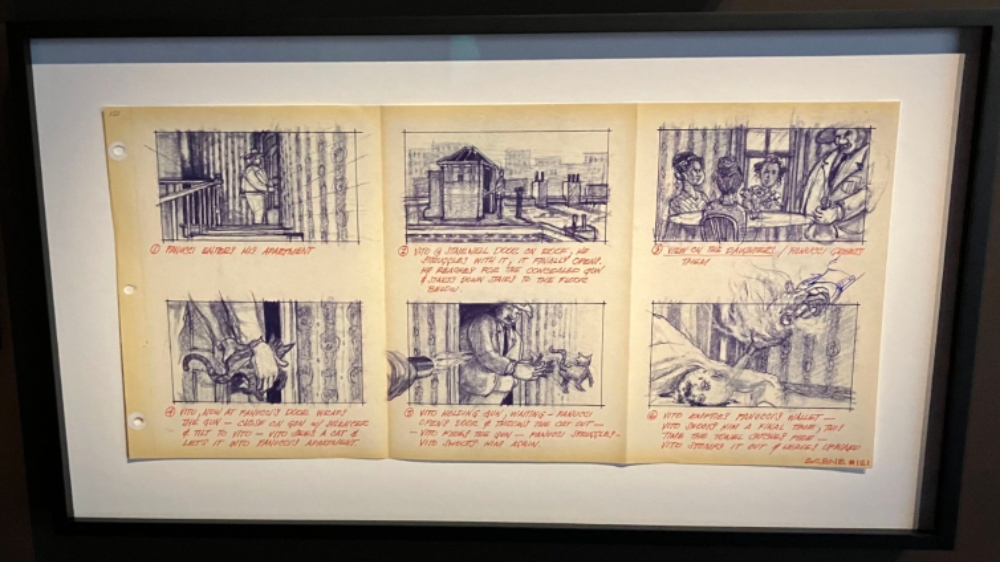 Original screenplays by The Godfather/Eric Green